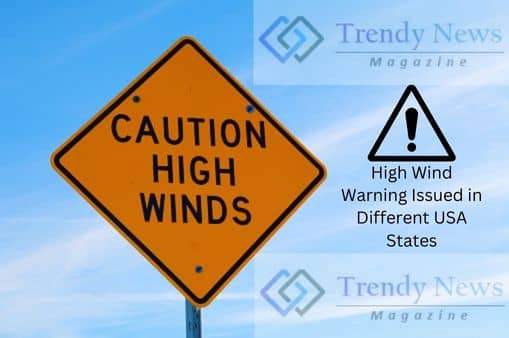 A High Wind Warning is issued when sustained winds of 40 mph or higher, or gusts of 58 mph or higher are expected. These strong winds can cause damage to trees, power lines, and other structures and make driving hazardous. Those in the affected areas should take extra precautions to secure outside items such as lawn furniture, trash cans, and holiday decorations. When a High Wind Warning has been issued, people should avoid being outdoors during the storm if possible and stay away from any damaged areas until emergency personnel has arrived. Additionally, it’s important for drivers to be aware of their surroundings at all times as debris can blow into roads unexpectedly. Be mindful that high winds can also cause down power lines so exercise caution when traveling near them.

The National Weather Service (NWS) has issued several High Wind Warnings in different regions of the United States throughout the past week. From Arizona to Pennsylvania, winds have been gusting at speeds as high as 60 mph, and wind advisories have been issued for a majority of states.

In New Mexico, gusts as high as 70 mph caused power outages and uprooted trees across the state on Tuesday night. In addition, the NWS warned that “damaging winds will cause some tree damage and power outages” until Wednesday morning.

In Colorado, similar conditions were seen with wind gusts reaching up to 75 mph in some areas. The NWS issued an advisory warning that “damaging winds could cause extensive tree damage and power outages,”, particularly in the foothills of the Rocky Mountains.

In Arizona, a high wind warning was issued for Maricopa County with gusts reaching up to 50 mph. The NWS warned that “powerful winds will blow around unsecured objects and make traveling difficult.”

The same advisory was also seen in Nevada, where gusts reached as high as 55 mph on Wednesday morning. In addition, a similar warning was issued for parts of California and Utah.

Meanwhile, parts of Pennsylvania were under a High Wind Warning until Thursday afternoon due to wind gusts reaching up to 65 mph in some areas. The NWS warned that “downed trees and power lines are likely”.

High wind warnings were seen in other states as well, including Idaho, Oregon, South Dakota, and Montana. The National Weather Service urged people to exercise caution when outdoors during such strong winds and advised them to secure loose objects around their homes or businesses.

To sum up, the past week has been a turbulent one for many parts of the United States due to high wind warnings issued by the NWS. People throughout these states have heeded the warning and taken necessary measures to protect themselves from potentially devastating conditions.  It is important that everyone remains vigilant even after these warnings expire as the weather can be unpredictable at times. Staying alert and prepared is always the best way to stay safe. 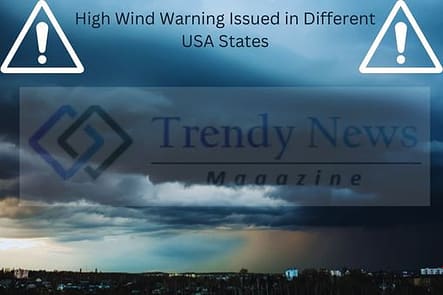 What Necessary Measures Should Be Taken During High Wind Warning?

During high winds, it is important to take the necessary safety precautions to protect yourself, your family, and your property. Here are some tips to keep in mind during a high wind warning:

– Secure or bring inside any loose outdoor furniture, decorations, or objects that could become airborne during high winds.

– Stay away from windows and doors as flying debris can cause injury.

– If you are driving, be aware of potential hazards caused by strong winds such as fallen trees or power lines. Pull over if visibility is poor due to dirt and debris being blown around by the wind.

– Avoid areas with large amounts of standing water or flooding; fast-moving water can be very dangerous due to its sheer force.

– Make sure your emergency supplies are stocked and ready to use. Have flashlights, candles, batteries, and other necessary items on hand in case of a power outage.

– Listen to weather alerts and evacuate if instructed by local officials. Do not attempt to drive through flooded streets; it is much safer to find an alternate route or wait until the water recedes.

– Be aware of unique hazards posed by high winds such as falling tree limbs or debris from neighboring buildings. Avoid walking near tall structures as gusts can cause them to sway unpredictably.

– When possible, avoid being outside during strong winds as flying debris can be dangerous and unpredictable. If you do need to go out during high winds, make sure to wear appropriate clothing and footwear that covers your entire body.

– If you live in a mobile home, it is especially important to evacuate the area during high winds as they are not designed to withstand the force of strong gusts.

– Finally, use good judgment and remain alert to any changes in wind speed or direction. Take all necessary precautions to protect yourself, your family, and your property during high wind warnings!

High wind warnings should not be taken lightly. It is important to remain vigilant and prepared when such warnings are issued. Make sure to take the necessary safety precautions, such as securing loose objects, avoiding flooded areas, evacuating if instructed, and staying informed about weather conditions. Staying alert and taking the proper measures can help keep you safe during high winds!